Solar Q and A with M.L. Schmitt Electric 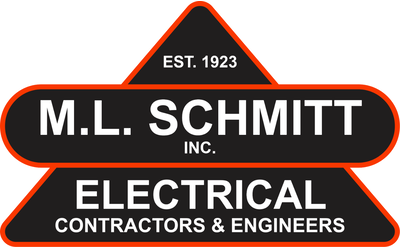 SolBid was able to speak with Jean Pierre Crevier, of M.L. Schmitt Electric, to discuss how he and his business partner plan to lead the almost 100 year old company into the future.

As pioneers in the solar industry, and a household name in electrical contracting, M.L. Schmitt has been setting the bar for generations.

Who is Jean Pierre Crevier of M.L. Schmitt?

Jean started with M. L. Schmitt in 2004 as an apprentice electrician. He earned his bachelor's degree in Communications from UMass Amherst, and recently earned his Master's degree in Project Management from Wentworth Institute of Technology. 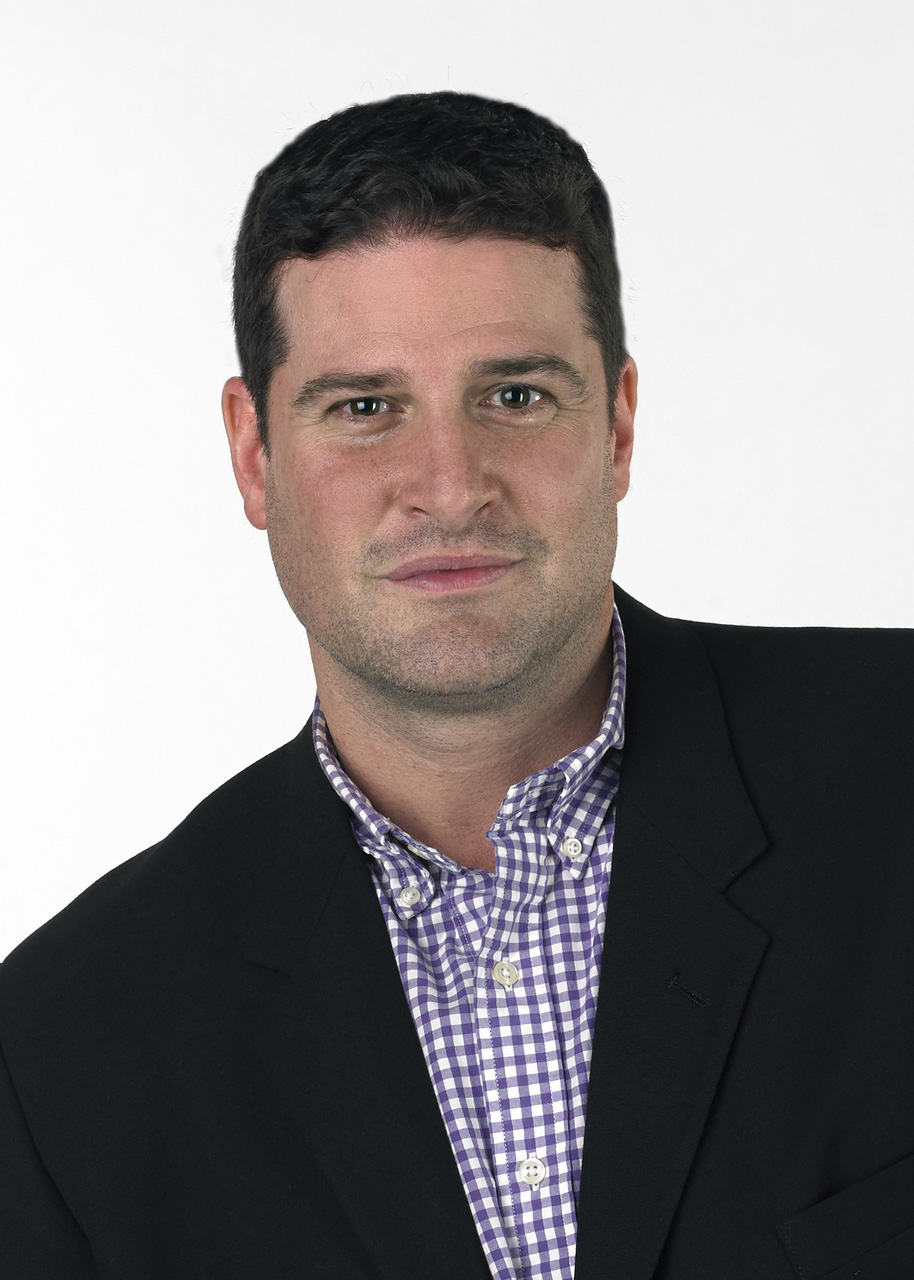 With such a prestigious reputation in the region, what drove you to get involved in solar PV? A company such as yours certainly already had a very full schedule. Why add on the extra work?

“Yes, we were already pretty much full. I would say that that really came from an active interest from our previous owner, Tom Schmitt. Solar and PV technology was something that really interested him. I would say as a contractor, he was the pioneer in this area doing solar work.

I think we started doing solar probably close to 15 years ago and it was before anybody else was really even thinking about it.” 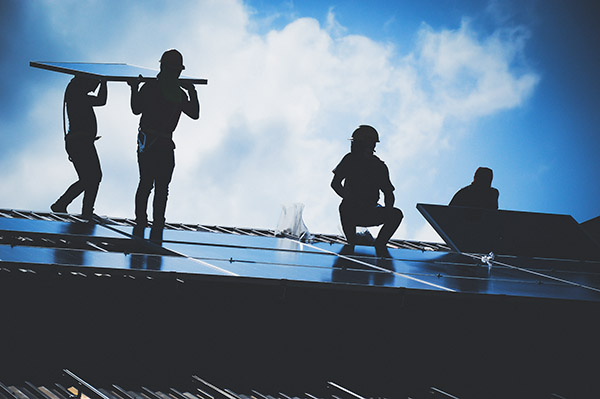 You recently acquired the company from Tom Schmitt; can you tell us about your history with the company? 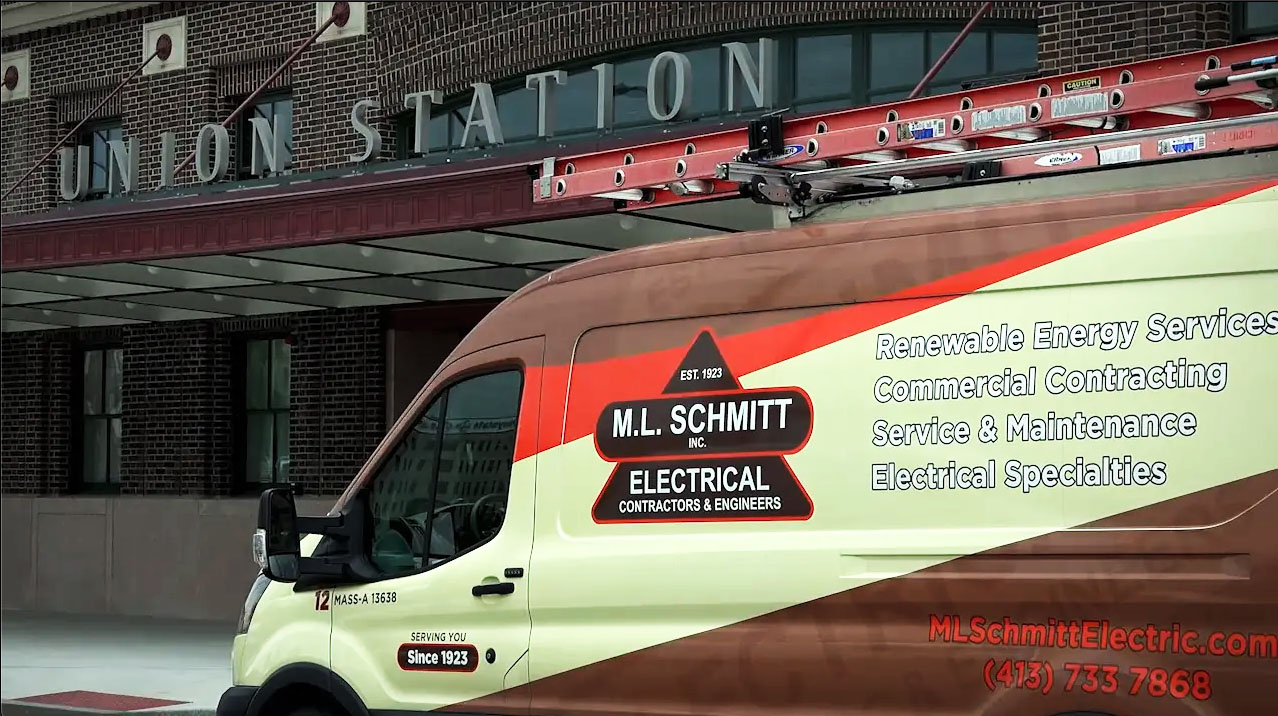 “I always had a business mind and knew that I wanted to own my own business in some fashion. Right out of the gate, as a first year apprentice, I had already kind of set my mind to becoming an owner of an electrical contracting firm at some point.

I was very lucky in the fact that my first assignment as an apprentice, I was sent about an hour and a half away from my home, and it was up north in this God forsaken area that I never heard of before. It was the only time I was ever happy to be laid off from a position.

The company I was working for became really slow and I ended up sitting at home doing work around my house for two months and then I was hired by M.L. Schmitt Electric.

I was hired by them as a second year apprentice and have been with them ever since. As soon as I got my license, I started running work for them. They saw potential in me and I got pulled into the office to run our service department very quickly after that. I then graduated to the project management department. Five or six years ago my partner and I started talking to Tom Schmitt about what his plans were for when he retired.

What types of solar system installations have you done in the past? What would you say is the most challenging?

“I would say the largest single project to date that we've done is probably about six and a half megawatts. We've had opportunities to do much larger sites than that but we like to focus on quality and be sure that the project sizes are manageable. We see a lot of people that go after things that are too large and then end up getting in trouble doing those projects. We want to make sure we're always able to give the customer the quality that they're looking for and that they're happy with the results at the end of it. So we've kind of found our sweet spot.

We'll do larger projects as well; probably up to about 10 megawatts. We've found so far that six and a half has really been a nice comfort comfort zone. We have done projects on standing-seam metal roofs, carport installations, large ground mount systems, ballasted systems, I-beam support systems, and we've done a couple of tracking systems as well.

I would say that the type of projects becoming more and more challenging is really based on the saturation of the market. A lot of the projects that we're doing now are more complicated, or a little bit harder to do, than the ones we were originally doing. In the beginning of solar, you were using up all of the open farmland that was available. Now we’re doing projects on the exaggerated, sloping sides of a mountain top because that is the land available. You have to go in and pre-drill all of the pile holes because of the granite underground. Some of those installations are becoming much more challenging just because of the grading work that has to be done on the physical environment that you have to work within.

You are also seeing a lot of solar projects not start on time necessarily and a lot of these projects that would be a much better project done in the spring and fall, turn into wintertime projects, where you are battling the snow and the cold and everything else.”

What is your most interesting solar project to date?

“Some of the vertical construction projects that we've done recently. One of them had all the windows in the building filled with a type of gas that we fed an electrical charge, and based on the sunlight coming through the window, it would self-tint the windows.”

Technology is advancing at an amazing rate; not just in solar, but across the board. M.L. Schmitt has been in business for almost 100 years. That is by no means a small feat. How have you been able to adapt to all of these changes in technology and client needs while staying one of the most trusted companies in the industry?

“I think part of it is embracing technology and realizing that technology can help us going forward. I think it's also being attentive to our customers’ needs and also being able to relay the value of having us be a partner to our customers. You can certainly find other contractors out there, but can those other contractors deliver the same product that we can, with the efficiencies that we can deliver them, and the quality that comes along with that as well? I think a lot of times you'll see people will be able to offer one or two of those three things but not necessarily all three. We pride ourselves on being able to deliver all three of those things to our clients.”

“I think a lot of contractors have already done so. I think the ones that really want to have already done that. Of course you'll find additional electrical contractors jumping onto the bandwagon as well. So I do think it will continue to grow, as far as the contractors available to do this kind of work, but there's going to be a big learning curve that those contractors getting into the market have to get over. “

What would you say is the biggest challenge for an electrical contractor that wants to add solar to their service list but has no prior experience in that sector?

“Part of it is going to be the lack of available qualified manpower. In the state of Massachusetts, all PV work is deemed as electrical work so you need a licensed electrician perform that work. We are seeing a labor shortage coming up; it has already started to hit the trades. In the next few years going forward, there's going to be a massive labor shortage of qualified help.

They are also going to be challenged with the sophistication of being able to understand the needs of the client. There is a lot of risk transfer that we see that happens from the client now down to the contractor and down to the installer; I don't know that everybody is going to be prepared for that.”

What advice would you give to a customer looking for a company to install their solar energy system?

“I would have to advise them to find a company that exudes honesty, practicality, experience and sensitivity to their needs. In today’s energy conservation market, there is an overwhelming volume of companies that promise tremendous savings to close a deal and later under deliver on that promise.”

We are huge fans of dinosaurs here, so much so that we have a replica raptor skeleton in our lobby. So we would like to ask, what is your favorite dinosaur and why? 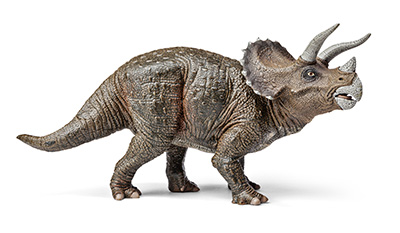